Before looking into the newspaper for this year, I already knew it was the year of the arson and the first steps towards building the new shul.  What I didn’t know was that the man who led the congregation during these pivotal events was also quite a leader in the town of Homestead at the same time, too.  As president of the school board, he also presided over the building and dedication of the new high school building, and as a leading merchant in the town, he founded and ran the Home Trading Association to help boost all of Homestead’s merchants. This experience surely made Lasdusky useful in his role as president of the synagogue during the building of the second synagogue, which was getting underway at the same time!  The high school building, which stood at the corner of 12th and Amity, no longer exists.

5/10 biz men will hold red letter day to boost hstd è “Joseph Lasdusky, chariman of the comm apopointed to coner w the member osf the east end boa rd of trade, is enthisastic over the mvmt which will deomosntrate to residetns of this vicinity that a beter class of merchandise can be purchased in Hstd than in the city. Chairman lasdsky states this morning that he would like to have the following memers of the committee reponst…” h.l little..

5/12 è lasdusky and other investigate the east end red letter day. The committee was courtesoulsy reeived by Secretray Park of the Boar dof Trade and by the chairman of the business men’s committee..” COmittees comed – H.L. Little for first disction and also I.J. Goldstein (Goldston?). Lasdusky and David Bevan ? Third. Moses Half for 4th district.

5/17 biz men start ball roling for red leter da in hstd – -meeting called ot order by lasdusy – moses half and h.l. little also spoke ç lasdisu elected press of the permanent org for the promotion of hoem trade . name suggestios—morris grinberg made the hit of the envein by suggestin ghta the name be “the hoem trading assoc.” other ideas. Grinberg’s won.

6/15  big ad for home trading day june the 21st. ‘this is the day to shop at home and the dearliers are going to make things hum for hteir wayward custoers who have drifted apart forom their own home town.”

7/11 Chairman Lasdusky of the Home Trading Assoc has appointed the following coms for the next hoem trading day. Adv – h.. little. M. half. Decorateing m. grinber.

8/29 home trading day tomorrow – no amusements but more and better bargarins. Band will go out I a big wagon drawn by four horse s and will go all over town. Stores open ‘til 9.

8/30 // today home trading day but nothing on front page?! Just a local brief

8/31 8/31 home trading day brought out biz – not the crowd there was on former, there being no atractiosn, there was considering biz done, “most of the merchants doing far better than was expected, as this is just btw seasos, when little shopping is done.” Another rmeeting – another day – fall season will be here – combine the fall openigns with the bargarin day and make tw days of it. // ed ‘teaching the people to trade at home and inducing them tobecome permanent customers”

12/11 [xmas + home trading insert with many ads – friedlander’s lasdusky n. Schwartz b. little meyer i. bringer’s (some hotels and bars, a wholesale liquor store) little’s half bros grossman (147 8th – toys, chinaware and all kinds of holiday goods – realty bldg.) i.j .goldston (genetlemen you could do no beter on ome trading day than to walk up to our store and see our large stock of clothing, furhisns, shoes, etc. 8th ave above Dickson)

This year’s Hallowe’en conversation began on 10/7, when the paper claimed there was “small hopes for a Hallowe’en parade” because the “old committee [was] tired after five years.”  It was a “thankless job at best, subject to abuse from the ones who profit by the affair most. ”  And yet, after the past years’ successes, “the local affair had gained a big reputation and there will be hundreds of people in other towns who have been in the habit of coming here greatly disappointed when they hear that it has ben declared off as will thousands in this place.”  Even the Home Trading Association would “not take up the halloweeen celebration though they are in favor of it” (10/11).  So, the paper tried to encourage people to make the parade happen.  By 10/20 the paper announced that Homestead “will probably have a big Hallowe’en celebration.”  Enough money had been raised, but would the old committee will serve?  The next day, the committee was organized, so with a week to go, the parade was one!  They engaged three brass bands and a drum corps — none of which were affiliated the KKK as in 1908 and 1909 (10/27).

10/30: Hallowe’en Prizes. Note the listing of the top of the second column — “Best Hebrew Makeup?!?!”  They’re all pretty un-PC if you keep reading…

On Hallowe’en day the paper exhorted everyone to “come down street early tonight for the big Hallowe’en celebration.”  The next day they summarized that the “Hallowe’en demonstration furnished much fun and amusement last night…everything passed off nicely there being no roughness…The display window of Lasdusky’s store, which won the first prize last night, at the Halowe’en demonstration, was decorated by Mr. Lasdusky’s son, Lewis, aged 16 years. Young Lasdusky expect to make window decoration a part of his business and his work which won the prize last night gives him room for encouragement.”  Andy Zakhar won the prize for “Best Hebrew makeup.”  Little, the Shoe Man won for third best float or wagon in line.

A major battle took place this year between Homestead and other boroughs against Pittsburgh, which wanted to annex them to become part of Pittsburgh (as they had successful done with Allegheny City in 1906-7, now the northside).  Eventually the bill was killed in Harrisburg, but not without a lot of effort on the part of everyone in all these towns.  It wasn’t the first or the last time these towns would be at risk for being subsumed into the city. 3/18: “Local Delegation Ready To Invade the State Capital.” A cartoon from the front page of Homestead’s paper depicting all the borough representatives heading to Harrisburg to defeat the Greater Pittsburgh bill. Frankel was one of the men behind the Homestead flag!

All the articles about the synagogue arson itself can be read here. But there were numerous other fires before and after, many involving Jewish businesses. The next part of the story, the decision whether to rebuild or start anew, is taken up here.

I never found an article related to the capture of the arsonist or even the identification of a suspect.  The town’s water problems resumed in a serious way in September, with the same ominous warnings about how it would affect the fire department’s capabilities. 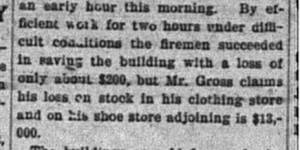 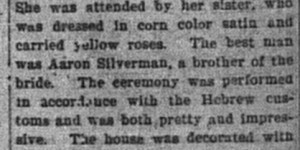 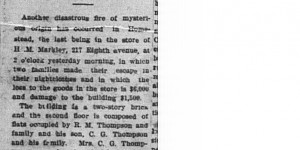 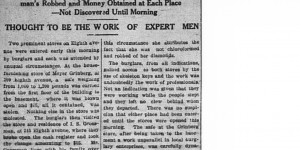 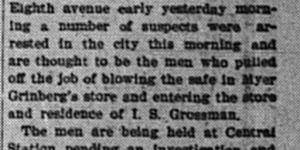 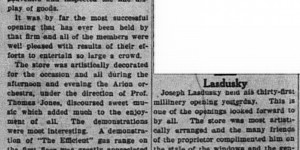 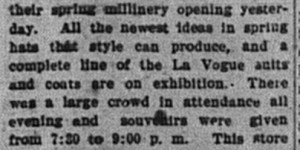 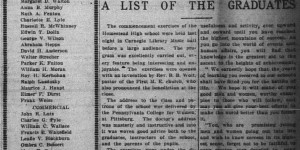 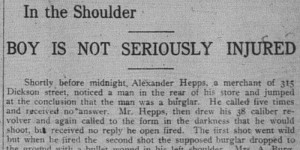 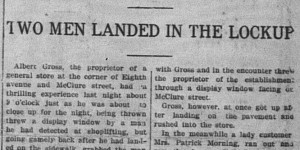 11/9: Albert Gross Had an Exciting Encounter with Shoplifters 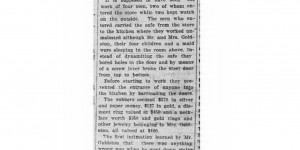 11/13: Safecrackers Made a Big Haul from Goldston’s Safe 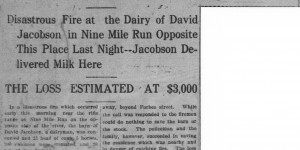 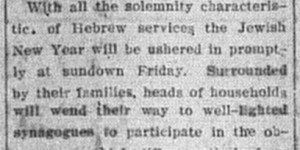 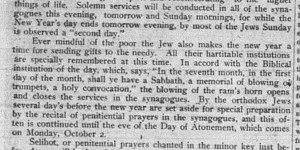 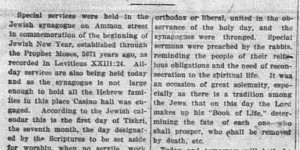 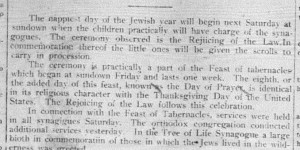 These merchants advertised in the paper during this year:

← Jews in the News, 1910
Articles about the Arson of the First Synagogue →