The economy appeared to remain strong throughout the year, although the low level of coverage of the Jewish community as in the past remained.  This year was a census year, and the large population numbers it returned for Homestead that the town had gotten far too big for the kind of detailed attention they used to provide the Jewish community at large and many of its members.  All the same, a few members of community had become sufficiently prominent in Homestead to warrant regular notice of their activities.

The year ended on a cliffhanger for the residents of Homestead:  would Pittsburgh be successful in its latest attempt to turn our favorite borough into just another ward of our favorite city? 7/16: Squirrel Hill is the suburb for Homestead people!

The crisis came, however, in the last quarter, when Doncaster, Wilkinsburg’s end, finding that Hepps was getting the better of him, proceeded to lay him out. After Hepps was successful in dodging two blows, Referee Murdock ordered both men from the field. Acting-Captain Kernohan was unwilling that Hepps should go and took his team from the field and thus the game was forfeited to Wilkinsburg, who had up to this time scored 34 points.

As for Homestead there was nothing to it but Hepps, whose tackling was the best seen on the Wilkinsburg grounds.

After all mud was cleared in many a scrimmage this youngster was the last to gain his feet for it was generally he who tackled the man and no wonder the whole Wilkinsburg team waited their chance to get at him.

On 10/8 the paper asked an important question.  “Are we to have a Hallowe’en parade?”  It seems  the old committee has refused to act; they wanted someone else to go around this year and raise the money.  So, the paper declared it would try.  Within a couple days several business men came forward to contribute, “but there was not a hotel man among them and these are the ones who will profit the most if the celebration is held.  Unless they come forwardd with contributions there will be no celebration” (10/10).  But within another two days it “[looked] as if the affair would be a go” (10/12).

The committees were announced on 10/20; they didn’t include any members of the Jewish community.  Two of the parade aids were Morris Grinberg and B. Glick (10/22).

“It was decided to have the judges stand at Eighth avenue and Dickson street this year” — right near the Jewish neighborhood —  “as the biz men up that way have always been good contributors to the fund and the Munhall people take a great interest in the demonstration…It will take about $125 for music and the balance will go into prizes and special features, it being decided to get some special feature to take the place of the Monongahela Klu (sic) Klux Klan, which took part in the last two celebrations” (10/20).

Half Bros., who were located at the other end of Eighth avenue, donated $5.  The next day Markley‘s shop for men donated as well.  Prizes were donated by business men as well, including Little Bros., a pair of ladies’ fine slippers and Louis Freeman, a bunch of bananas (10/26), as well as Jesse Wolk and Morris Grinberg (11/1).

On 10/25 the paper changed its tune, requesting the business men to make displays for the parade instead of contributing cash.  It was “up to them now to make the Hallowe’en parade the greatest ever.”  The businessmen’s associated proposed to dress up 100 boys and have them carry banners containing the name of business of each member (10/26).

After the parade the paper boasted of the “great crowd” which “viewed the big Hallowe’en parade on Eighth avenue last night” (11/1).  They listed the prize winners, including someone who won a “fancy shirt waist donated by Friedlander” for “best white girl negro impersonator.”  Oiy.

At least there was no actual KKK presence this year?!

There were 2,075 retail applications since the previous year, an increase of 23 (4/15).  A small change in the license process this year required applicants to pay $5 with each application (1/21).

Hearings began the third week in March; Homestead’s turn was up on 4/1.  4/15 saw just one new saloon in Homestead and the continuation of all the old ones; likewise for the wholesalers the previous ones continued and one new one was added.  Interestingly, while there were so many in Homestead, Munhall “has never had a licensed house.  The opposition is so strong here that it would be foolhardy for a citizen to attempt to secure license” (2/28). 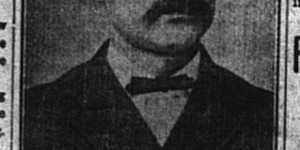 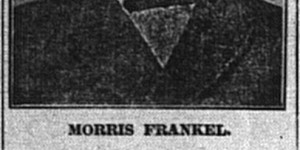 2/10: Frankel ad from the front page of the paper 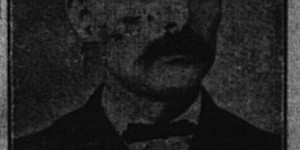 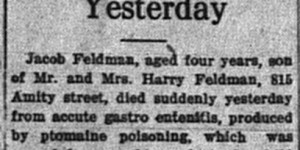 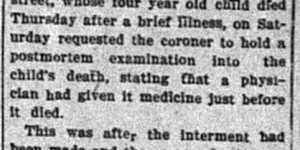 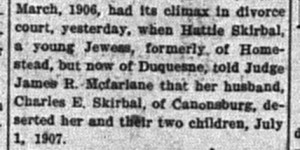 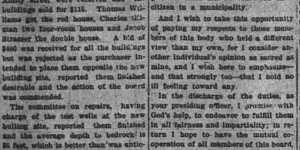 6/16: The first part of Pres. Lasdusky’s school board speech 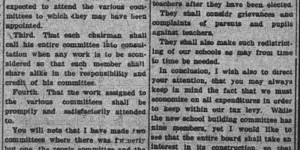 6/16: The second part of Pres. Lasdusky’s school board speech 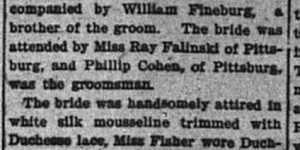 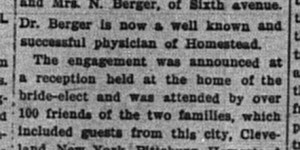 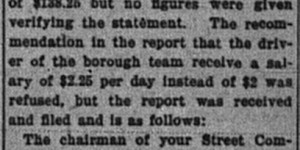 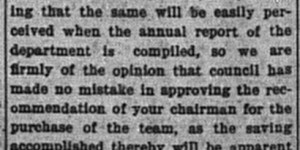 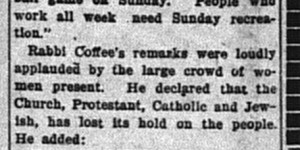 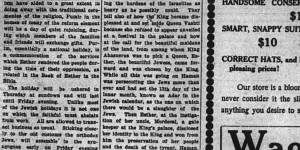 3/22: Purim the Next Hebrew Holiday 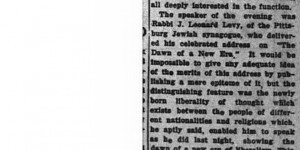 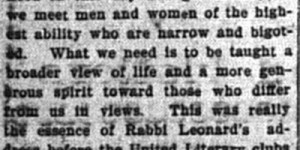 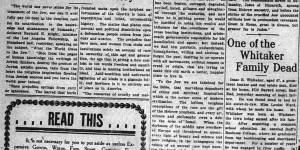 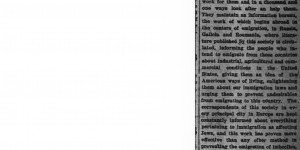 4/16: HIAS Speaker Will Tell About the Caring of Immigrants in New York 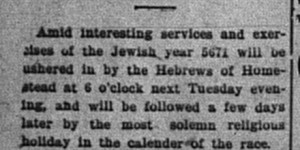 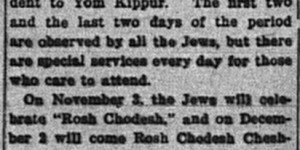 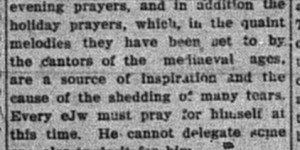 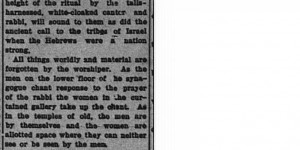 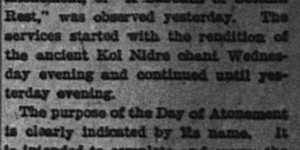 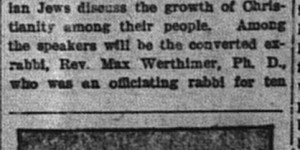 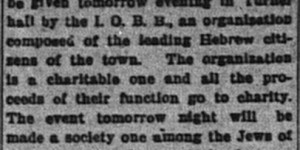 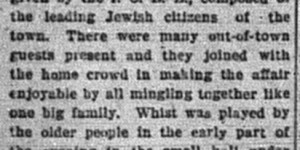 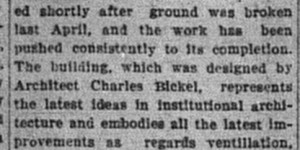 Advertisements
The following merchants placed ads in the paper during this year: