This is the year in which the building of the first synagogue got underway!  They newspaper coverage for this is in a separate series of posts:

Struck with a Brick

Jacob Marauz (sic), of Heisel Street, Had His Forehead Cut.

A boys’ quarrel resulted quite disastrously for Jacob Maranz, the little son of Samuel Maranz, the Heisel street hotel proprietor yesterday afternoon, after the boy had came home from school. It appears that he was dismissed from school before the pupils in the Hungarian school at the corner of Third avenue and Dickson street and went down there to play with some other children. While they were going along the street the Hungarian school was dismissed and young Maranz got into an altercation with some of the boys of the school. The end of the matter came when one of the boys picked up a brick which was lying on the pavement and threw it at young Maranz. The brick struck the boy on the forehead and inflicted as an ugly gash. He was rendered semi-unconscious by the blow and was taken by his companions to the office of Dr. Kimmel Rauch on Dickson street, where several stitches were put in the incision. The boy was afterward removed to his home.

The injury was a very bad one and young Maranz suffered a great deal of pain last night. It is thought there will be several suits entered against the boys who were engaged in the quarrel with young Maranz. I don’t know about you, but this is the year I’ve been waiting for! 5/8/1901: Ad for new liquor wholesaler Israel Rosenbloom! He was out of business by November, though I’m not sure when or why.

Merchant Woes Which Were Not Fires: According to Dr. Google fatal complications were likely with erysipelas in 30% of cases before antibiotics.

The Dark Side of the Fourth.

Many Accidents Occurred During the Celebration.

Sam Fogle, little boy who resides on Heisel street. Was firing off a cannon cracker and held it too long in his hand. The injury was a serious one.

What is it with Jewish weddings getting such extravagant news coverage suddenly?! 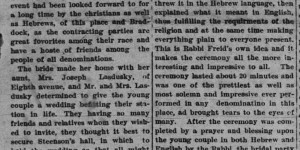 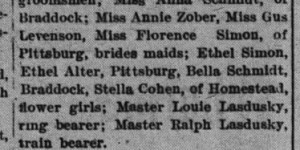 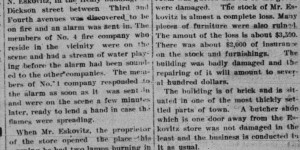 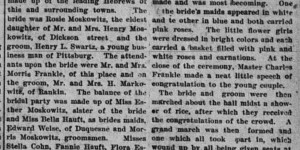 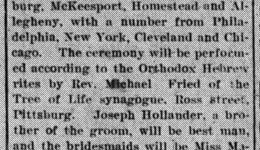 2/25/1901: Neither the bride nor the groom is from Homestead, but with so many Homesteaders in their bridal party, there must be a connection here somewhere 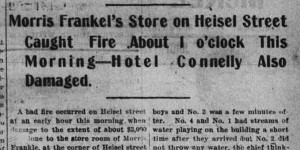 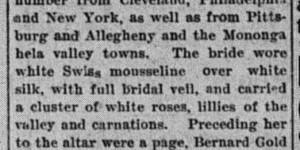 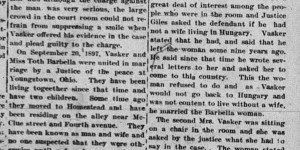 4/8/1901: About the only person in this case who is not an adulterer is Adolph Hepps! 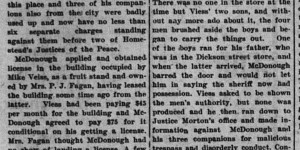 4/25/1901: Through a very complicated set of circumstances, Mike Viess‘s landlady tried to evict him, and his family fought back. 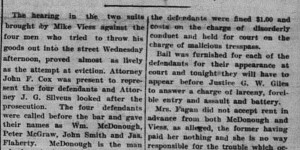 4/26/1901: A follow-up on the Mike Viess eviction situation showed that the circumstances were more straightforward than previously supposed. 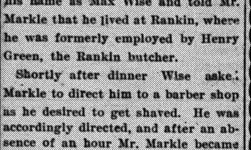 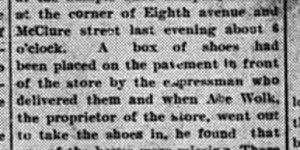 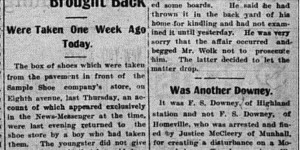 11/15: Later the little thief returned the shoes to Abe Wolk with a lame excuse 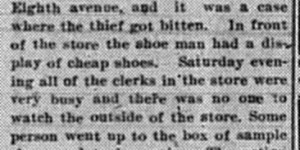 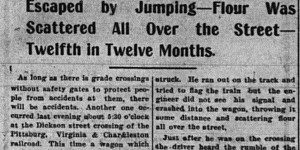 The amount of coverage of the Jewish holidays is at an all-time high this year! 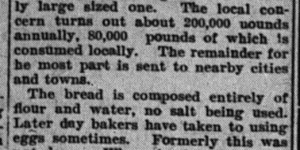 3/19/1901: This Passover article explains matzah in some detail, mentioning the “local Jewish Ghetto district,” which I think is the Hill District? 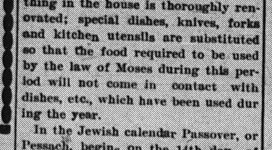 4/1/1901: This article describes the Passover observances in some detail. 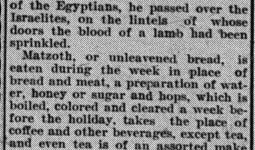 4/4/1901: This article, published Erev Pesach, gave the readers one last primer on how Passover is observed. 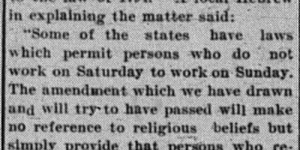 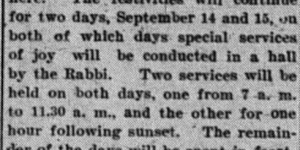 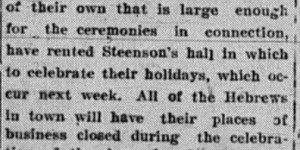 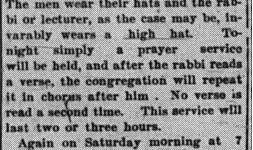 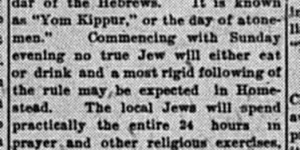 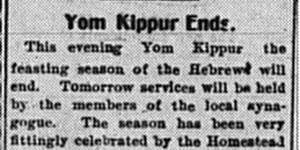 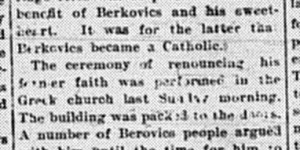 10/10/1901: Hersko Berkovics, a Hebrew of Homestead, united himself with the Greek Catholic Church in Duquesne for his sweetheart 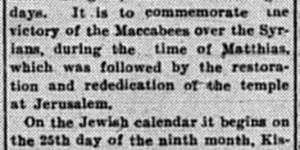 12/7: A brief introduction to Chanukah

Ads appeared in the paper this year for the following Jewish merchants: