In 1900, for the first time in years, there were mentions of the synagogue’s activities in the paper — they held a ball to raise money!  You can read about those goings-on here. 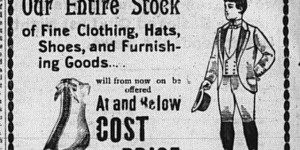 March 1, 1900: Mervis & Goldston announce the dissolution of their partnership 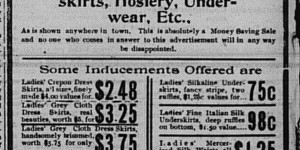 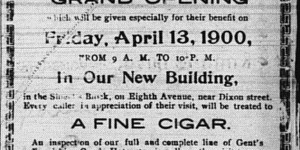 4/6/1900: Ad announcing the grand opening of the new location of Skirboll and Son. 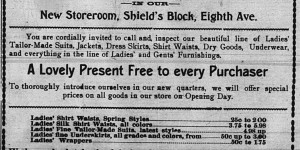 4/13/1900: Ad announcing the reopening of Friedlander‘s store in its new location. 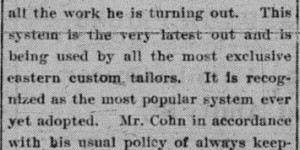 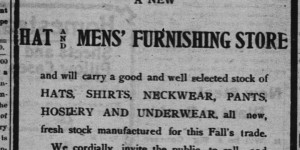 The building on Heisel street occupied by Lewis Beck, as a grocery was nearly burned to the ground early this morning and had it not been for good work on part of members of companies Nos. 1 and 4 the store would have been totally destroyed.

A few minutes before 1 o’clock this morning, a woman who was pasing the store noticed flames in the rear part of the building. She informed a man who turned in the alarm and the two companies responded. It required about an hour’s work to completely subdue the flames. The upper part of the building was occupied by a Slavish family. The loss is about $100, partially insured.

For Larceny of Good from Shermer’s Store

For some time past the general merchandise store of R. Schermer, Dickson street, has been the scene of many petty robberies which the proprietor suspicioned (sic) was the work of a gang of small boys who lived on Third ave. Mr. Shermer has at last grew (sic) tired of the happenings and has decided to put a stop to them. Yesterday again several plugs of tobacco and some small things were taken from the store which angered the proprietor so much that he has decided to look the matter up and have the guilty one arrested.

Suspicion has been directed against three boys of Third ave. and yesterday afternoon Mr. Schermer went before Justice Giles and instuted (sic) suit against William Baltzky, John Smith and Frank Zedlak charging them with larceny. The boys were placed under arrest this morning by Constable Cavanaugh and will be given a hearing this evening before Justice Giles. 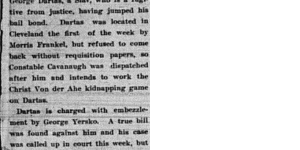 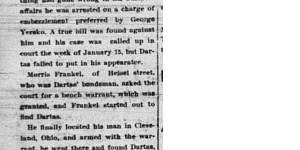 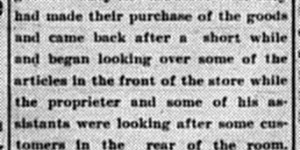 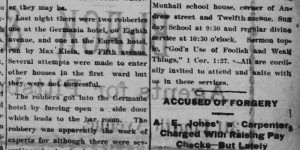 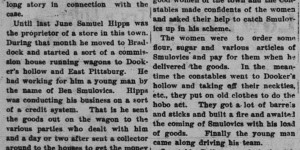 12/21/1900: A sting operation to capture an employee stealing from Sam Hipps.

Fall Caused a Little Son of Philip Coen to Undergo an Operation.

Charley, the little son of Philip Coen, the Eighth avenue tailer is in the West Penn hospital, where it is expected he will be put under an operation today. The little fellow while —ing one day early last week fall and bruised his leg just below the knee. The injury seemed slight and did not inconvenience him any at first, but a few days later it began to give him great pain and he was unable to walk. A physician was called in and found the bone had been bruised and —d began to decay and advise that the boy be sent to the hospital as an operation would be necessary. The little fellow was taken to the hospital Wednesday. It is not thought that the operation will prove serious, and the doctors hope to restore the boy’s limb to its normal condition by simply scraping the bone.

A serious accident occurred on the Monongahela street railway a short distance above the West Braddock bridge yesterday afternoon about 3 o’clock, in which two children were badly injured, a horse killed, and a wagon demolished. The names of the injured are:

PHILIP SAMUELS, aged 5 years. Hurt by falling out of the wagon. Scratches about the head. It is believed he is internally injured and serious result are feared.

The two children are sons of Isaac Samuels, a grocer, who runs a small store on Third avenue near McClure street…

A car from Duquesne came along and when it came near the wagon the horse twisted away from the boy who was holding it, finally got in front of the street car which was coming at a very rapid rate down the hill. The motorman of the car tried to stop but could not do so and the car struck the horse and knocked it over the hill…

The loss of Mr. Samuels will be about $150. He had only recently purchased the horse and wagon.

Combined With a Wedding Feast.

I.S. Grossman‘s new home, on Dickson street, was dedicated yesterday with ceremonies that were elaborate in every respect. There was a large crowd of friends of Mr. and Mrs. Grossman present at the dedication which was conducted by Rev. Sivetz of Pittsburg. It was noon when the exercises were started and after the dedication a royal good time was had by all present. The afternoon was spent in different kinds of amusement. Vocal solos by Miss Margaret Conroy, The Misses Sober, and Miss Elliot, of Pittsburg, were enjoyed by those present. Dinner and supper were served by the host and hostess. The guest list included the following: H. Moskovitz, Jos. Lasdusky, Sam Moranz, Capt. Ackard, N. Eskowitz, M. Fogel, J. Katz and family, and Miss Margaret Conroy, of Homestead, Mr. and Mrs. Grossman, and son Joseph, of New York, M. Gross, J. Reich and family, William Simon and family, and Rev. Sivetz of Pittsburg. H. Amshel and family, L. Amshel and family, and M.F. Devay and family, of Braddock. 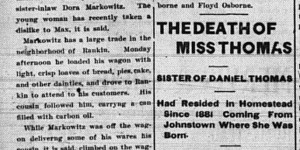 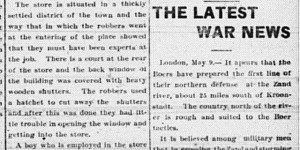 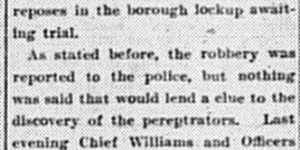 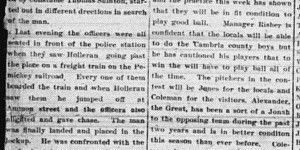 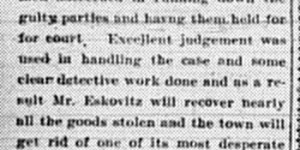 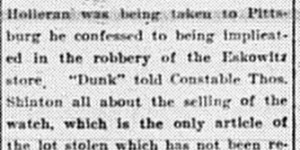 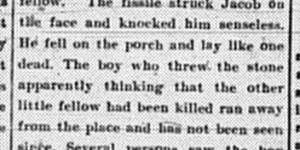 5/18/1900: Samuel Moranz‘s son was knocked unconscious when another boy threw a rock at him 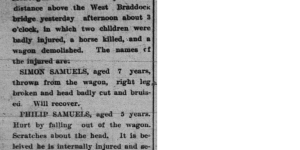 7/17/1900: The first half of the article about the terrible accident that befell Isaac Samuels‘ boys. 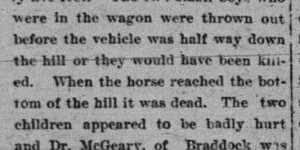 7/17/1900: The second half of the article about the terrible accident that befell Isaac Samuels‘ boys. 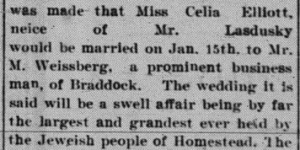 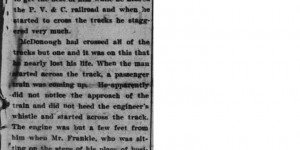 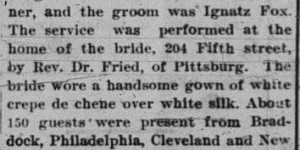 12/4/1900: The wedding of Esther Blattner and Ignatz Fox was written up like a society wedding!

I wonder if the increased coverage of the Jewish holidays correlates with the increased activity of the Jewish community.  Their annual ball which started this year or possibly 1899 certainly helped to raise the community’s profile, and the rising number of Jewish merchants required educating their customers on when their stores would be closed.