The Homestead Hebrew Congregation Rodef Shalom was the only shul in Homestead, PA (except for a brief period in the early 1900s).  The community was formally organized in 1894 and disbanded in 1992.

Its first synagogue was located at 540 Ammon St.  It was destroyed in an arson.  The new synagogue remains to this day near the corner of 10th and McClure. You can see pictures of what it used to look like here.

The synagogue’s officers were:  President, Vice President, Secretary (later split into Financial and Recording), Treasurer, and Trustees.  Starting in 1924 there was a Board of Directors.

To handle the management of all the synagogue’s activities there were many committees and groups at the synagogue which deserve separate consideration.  For now, just a list:

These super-cool agenda cards from 1933-1943 give a sense of how the meetings were conducted.  1 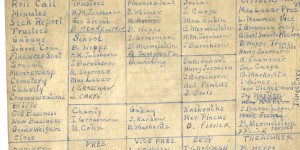 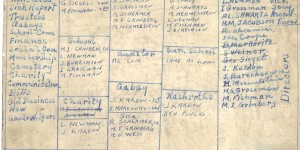 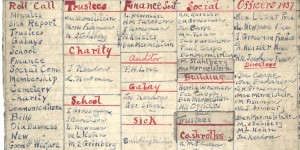 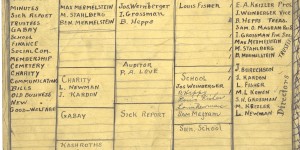 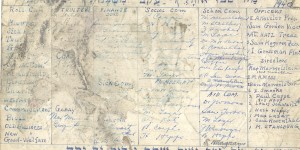 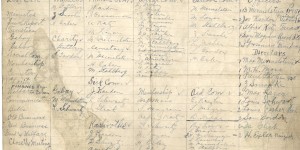 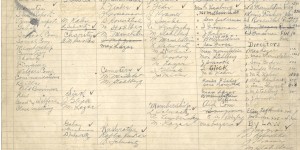 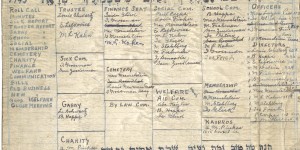