These articles describe the founding of Homestead Lodge 586, I. O. B. B.  (It’s mentioned in the 1913 cornerstone dedication speech, too.) 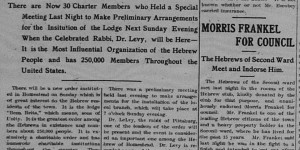 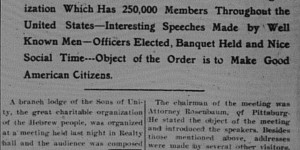 In the 1940s they sponsored a patriotic radio show that came in for much local praise.

No records of either lodge survive.  The 1913 IOBB constitution and an early IOBB Souvenir Book in Box 9, Folder 7 (below) are the only B’nai B’rith-related records donated to the Rauh Jewish Archives.  Infrequently the later lodge is mentioned in other congregational records.  Events for both are mentioned in Pittsburgh’s Jewish newspapers and Homestead’s local paper. 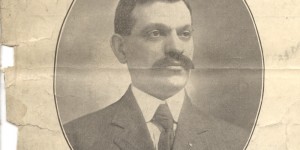 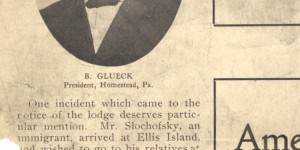